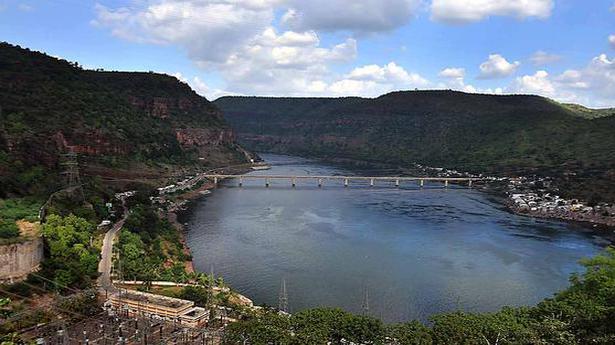 Nearly four weeks after the Andhra Pradesh government writing to the Krishna River Management Board (KRMB) informing its decision for locating the river board’s office at Visakhapatnam as per the provisions of AP Reorganisation Act against at Vijayawada, as decided earlier, the Telangana government has taken strong objection to the proposal.

In a letter written to the river board on Monday, in response to the AP’s letter on locating the KRMB’s office, Engineer-in-Chief C. Muralidhar has also made it clear that Telangana would not agree to shifting of the KRMB’s office to any location outside the basin as it would not only be meaningless, but would cause a lot of inconvenience.

“Telangana government has agreed for shifting of the river board’s office to Vijayawada and changing the decision without even discussing at the board level or with the other member-State (Telangana) is not acceptable. The proposal was also not made at the October 6 Apex Council meeting,” a senior officer of the Irrigation Department said.

Not only the Telangana government, but even the water users’ associations of Krishna Basin in Andhra Pradesh were also against the proposal to shift the river board’s location to Visakhapatnam, the official pointed out.

The water users’ bodies have already made it clear that they would not allow shifting the river board’s location from Vijayawada to Visakhapatnam, about 400 km away from the centre of Krishna Basin (Vijayawada) and would agitate against the move, if need be, the official explained.

In his letter to the river board, the ENC of Telangana has also brought to the board’s notice the AP government’s proposals of taking up new irrigation schemes in the Krishna Basin or based on the water drawn from Srisailam reservoir including on Telugu Ganga and Handri-Neeva with an estimated cot of about ₹1,815 crore without taking approval of the river board and the Apex Council.

The official stated that the new projects to which…

Pharmacy student case: It was a false case and she weaved the entire story