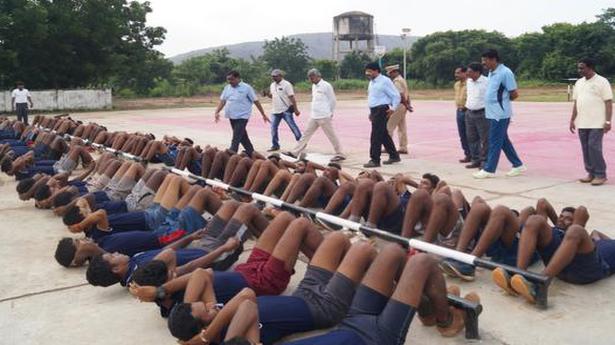 It is being organised at 11 locations instead of a residential programme, says official

As part of its corporate social responsibility, the Singareni Collieries Company Ltd (SCCL) is planning to provide training to the youth interested in joining the Indian Army by making them competitive with 45-day training at 11 places spread across six districts where the coal mines of the company are operational.

The training programme would be conducted by Singareni Seva Samithi for about 550 interested youth, who include the children of Singareni workers, former and retired workers, project affected families, nearby villages and coal belt areas. It would be a pre-army recruitment intensive training aimed at helping the youth participate in the army recruitment rally to be held on March 5.

General Manager (Coordination and Marketing) of SCCL K. Ravishankar, who is also the vice president of Singareni Seva Samithi, said selection of candidates for the training camps would be held from January 20. He stated that the company management has decided to conduct the pre-army recruitment training in 11 mining areas.

Mr. Ravishankar stated that 35 youth from the Singareni areas were selected in the army recruitment rally held last year. The seva samithi has been conducting such training camps every year from 2001 and helped 100s of youth get selected into the army and the residential camps were being held from the last year.

Last year, screening was conducted in 11 areas and residential camps were held for 329 selected candidates at Kothagudem, Ramagundam-II and Srirampur areas for three months. Of them, 272…