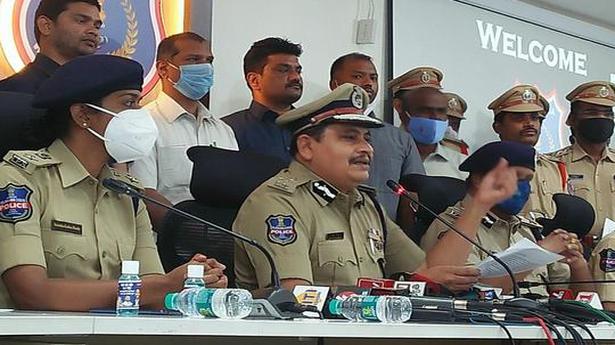 Commissioner of Police apologised to all the suspects who were questioned and the inconvenience and humiliation caused to them.

Two days after Rachkonda police have added gangrape charge in the sensational 19-year-old B.Pharma student’s alleged kidnap case at Ghatkesar, Commissioner of Police Mahesh M Bhagwat on Saturday declared that the victim had misguided them as it turned out to be a false complaint.

He said that the victim in order to escape from her parents’ house, created a drama by claiming to have been kidnapped.

On the day of the alleged incident, the girl didn’t board the auto of the picked up suspect, whom she claimed to have kidnapped her and raped along with his friends. Mr Bhagwat said that she reportedly removed clothes on her own and when the police found her, she was half naked and created a rape scene. Later while trying to rush to the spot before police arrived there, she trips and fell down in the bushes, injuring her leg.

Due to the inconsistency in her statement police were suspecting the claims of the victim. But, later when CCTV cameras and cell phone tower locations of the suspects, she named, were analyzed they were in contradiction to her claims in the police statement, the Commissioner of Police said during a media conference in Hyderabad.

He apologised to all the suspects who were questioned and the inconvenience and humiliation caused to them after they were taken into custody.

Considering the grave allegations by the girl, police took the case seriously and a large number of personnel were involved assigning multiple tasks. They have analysed more than 100 cameras stating from where she boarded the seven-seater auto rickshaw till 150 meters from the alleged scene of offence, where the girl was seen travelling and walking alone.

“After getting down from the auto, she walked for more than four km. Later took another auto, and then walked alone near the bushes at Ghatkesar and kept answering the calls from police and her…