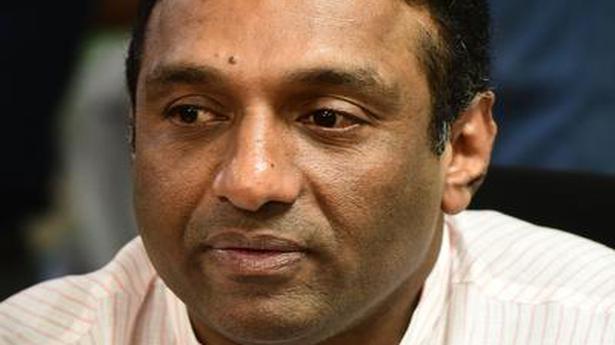 Minister for Industries, Commerce and Information Technology Mekapati Goutham Reddy on Tuesday said the government was looking to reach the top slot in industrial growth by 2030 and contribute 10% of the national exports.

Presenting a progress report on the industrial sector in the last two years, the Minister said despite a slump world over on account of the COVID-19 pandemic, the State managed to do a balancing act of implementing welfare and development activities by focussing on infrastructure, industry and commerce, Information Technology and skill development.

Even during pandemic, the State registered a growth rate of 1.58 % due to the foresight of the Chief Minister Y.S. Jagan Mohan Reddy, he said, adding that while the focus was on protecting lives and livelihoods of various sections of society, welfare schemes like YSR Cheyutha, Aasara, zero-interest loans, MSME packages and financial support to women for their empowerment in the industrial sector were effectively implemented.

The focus was on the construction of Ramayapatnam, Bhavanapadu and Machilipatnam ports and four fishing harbours which began in July. Establishment of four more harbours was in the process. “Building infrastructure is top priority,” he said, pointing out that the Kurnool airport was already in operation and informed that steps were being taken to complete the construction of the Bhogapuram airport at the earliest.

He said 65 mega and large industries were set up in the State with an investment of ₹29,780.86 crore that created employment for 45,049 people after the YSRCP came to power. Similarly, 13,885 MSME…

RWAs deny entry to outsiders into apartments as cases spike